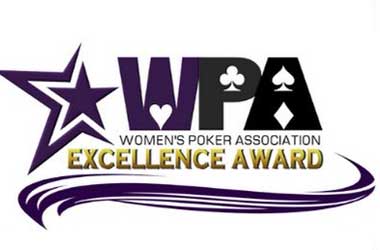 American poker pro Ruth Hall has just been named Player of the Year by the Women’s Poker Association (WPA). The Texas native received the accolade during an Excellence Awards Gala, during which several other recipients have also been honored.

The Awards Gala took place as part of the first Virtual Ladies Week, an event which was traditionally held as a summer tournament exclusive for female poker players.

But with COVID19 still posing a threat to everyone’s health and safety, the Ladies Week was moved online, and instead became a virtual meeting among women pros who gathered together to discuss about relevant poker-related topics.

The Virtual Ladies Week became a celebration of talent and important contributions to poker, featuring interviews with some of the most popular names in the game, as well as industry spotlights and training sessions. The event culminated in the WPA Virtual Excellence Awards Gala.

Every year, the WPA awards the POY title to the player who finishes at the top of a dedicated leaderboard in North America. Points are earned in ladies’ events that attract at least 20 players, and have a buy-in of at least $100.

Last year, Ruth Hall led the race after emerging victorious in two events – the Goliath Phamous Poker Series held at Planet Hollywood where she earned $7,867 as top prize, and the Orleans Ladies International Poker Series (LIPS) Championship where she walked away with $14,614 after outclassing all of her opponents. Apart from the POY title, Hall was also awarded a WPA commemorative ring.

Among other names who were honored at the Awards Gala were Barbara Jones Zangaro and Tatiana Fox, both of home received Humanitarian Awards. Zangaro works with non-profit service organization Vegas Connected, while Fox got involved in fundraising activities for victims of Australian wildfires.

Brill formerly worked as a commentator at Stones when she allegedly became witness to Postle’s unscrupulous act, which she claimed happened with the aid of a confederate working at Stones. The controversy exploded all over the news and became a trending topic in the world of poker late last year.