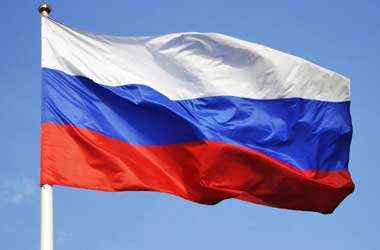 Online gambling is not legal in Russia but a number of unlicensed operators function in the gray-market providing opportunities for players to still play online poker. In a bid to further clampdown on online gambling, a new proposal is being discussed in Russia’s Tatarstan region that will look to penalize players as well as the operators. This is a completely new approach since typically it is the underground gaming operator who is charged with breaking the law and players are usually let off.

According to local media in Russia, legislators in Tatarstan, a region located in central-Russia have introduced a new bill which seeks to fine players caught gambling at illegal websites. The new law has been proposed as lawmakers in the region believe that it is not possible to control illegal gambling without holding the players responsible as well.

Like the rest of Russia, Tatarstan also bars gambling in all its forms. Both online as well as brick-and- mortar establishments are prohibited from operating. The new bill will ensure that landlords who lease their property for hosting gaming activities or to a gambling outfit will also be held liable with fines going upto 150,000 Rubles ($2,281), if they are found guilty.

Some believe that the legislation is superfluous since Russia already has a stringent process of monitoring and blocking gaming sites. A gaming regulator in the country has the authority to add websites to a blacklist without a court order although the sites have the option appeal the blacklisting.

A pro-government organization Media Guard has said that the extensive blacklist is sufficient to control online gambling in the country. In a statement, Kirill Grinchenko, the leader of Media Guard said,

We are actively fighting online casinos and other websites that violate Russian laws. About 30 percent of all complaints we receive from our citizens are about such websites and access to these sites is usually blocked straight away. When owners launch mirror sites we take care of them as well

Industry observers however believe that a large portion of players in Russia use services like VPNs and Tor as a workaround to the blockage and play regularly on unlicensed gaming sites.