Run It Once Has Multiple Options To Partner And Enter US Poker Market January 10, 2022 Stefan Nedeljkovic 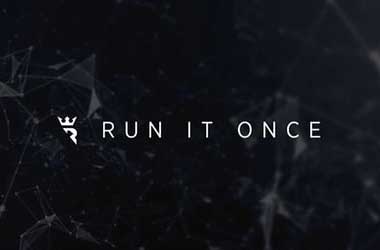 Last week, Phil Galfond announced that his poker site Run It Once (RIO) would terminate its global operations, shifting its focus to the regulated US market.

RIO closed its doors to international players on January 3, 2022, just days after Galfond unveiled in a blog post his future plans for the site.

RIO went live internationally back in February 2019. With Galfond at the helm, there were high expectations that the site would manage to keep pace with competition and eventually take off.

Though the platform initially achieved positive results with the launch of innovative programs and games, such as the Legends rewards system and SNG Select, it failed to sustain the momentum.

RIO’s traffic increased in 2020 mainly due to the pandemic-related online boom but when restrictions were eased, the numbers dropped significantly to pre-COVID-19 levels. RIO also had a hard time competing with the global giants like PokerStars and GGPoker. Galfond was left with no choice but to cease their rest-of-world operations.

Galfond said the RIO team will now prepare to enter the US market which it said provides a more level-playing field to new operators. While the details remain limited as of the moment, let’s take a look at the possible ways the site can enter the US.

Another possible path to the US market is a partnership with DraftKings. The company’s current portfolio does not include online poker, so it might consider partnering with an online operator to launch an online poker site in the US. Given DraftKings’ solid iGaming reputation, RIO could look at joining forces with the company to be able to enter the US.

RIO can still decide to operate as a standalone online operator by partnering with a land-based casino. At the moment, there are only seven US states with regulated online poker market, and considering RIO’s high-quality software platform, it has the potential to compete with the bigger operators.

Caesars could buy RIO, claim ownership of the site’s technology and launch the platform in the US amid rumors that its partnership with 888poker is beginning to fizzle out. The company’s international alliance with GGPoker has been a massive success so far, and forging a fresh partnership with a new online poker site for its US operations remains a possibility.