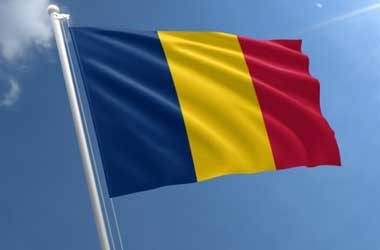 Canadian based Amaya Gaming recently announced that its online brands PokerStars.com and BetStars will be soon launching new online poker software in Romania in order to comply with requirements of a full license that comes into force from September 1.

PokerStars, the biggest online poker website in the world and BetStars have been operating on an interim license since September 2015.

The fresh long-term license has been issued by the country’s gaming regulator Oficiul National pentru Jocuri de Noroc (ONJN) as a part of the new gambling laws adopted by Romania last year.

In a statement, Eric Hollreiser, Vice President of Corporate Communications for Amaya said

We are very happy to offer the world's leading poker and sports betting brands to Romanians under a local regulatory framework. This demonstrates Amaya's commitment to the responsible growth of online gaming by supporting local regulation that is good for players, good for operators, and provides revenue for regulators.</blockquote

As a part of the new license requirements, PokerStars and BetStars will be implementing a range of changes in order to comply with all of the regulations. Some of the major changes that will be implemented include an expansion in the brands’ Responsible Gaming policies, changes in partnering policies by which brands will work with only those partners or suppliers who are licensed businesses in Romania and possess a Class 2 license, and finally the withdrawal of Full Tilt from the market as players will be migrated to the PokerStars.ro brand.

Under the terms of the license, poker players in Romania will still be able to be a part of the globally shared player liquidity, thus ensuring no impact on quality of player experience.

Similarly no change will occur in BetStar’s offerings. PokerStars has said that it will be contacting players proactively before the new license comes into force asking them to authenticate their accounts in accordance with the rules.

The company has clarified that visitors who come to Romania temporarily will still be able to use their registered home version of the software for both PokerStars and BetStars as per applicable jurisdiction. Romanian citizens travelling abroad will also be able to use their accounts to continue playing.

In addition to Amaya, Romanian authorities have granted GVC Holding a full license which is valid for 10 years for operating sports betting and casino games via Headlong Limited, its subsidiary in the country. The company operates its brand Sportingbet in Romania. GVC has also received a class 2 license that allows it to provide its subsidiary with software and hosting support.