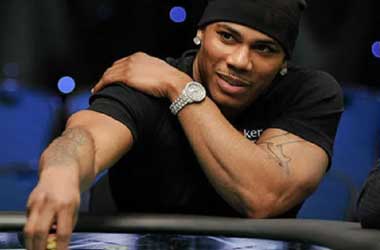 American hip hop star Nelly became involved in a heated argument inside a casino in Connecticut.

The rapper, whose real name is Cornell Iral Haynes Jr, was captured yelling at a poker player on 08 Feb while playing Casino Hold’em at the Mohegan Sun Casino in Uncasville.

Tabloid news website TMZ broke the story after it received footage from Nelly’s tablemate showing the rapper visibly outraged about something. Although the clip does not actually show how the altercation started, Nelly can be seen complaining to a pit boss after one player at the table told him to “get under his nuts“.

The casino employee denied hearing any insult directed towards Nelly, and at that point the rapper went on an epic rant during which he was videotaped saying “get off my nuts”.

Mohegan Sun did not confirm whether it was the casino depicted in the video, but it’s understood Nelly performed at the venue on the same day the altercation was captured. The casino resort has played host to several poker events in the past, including the North American Poker Tour (NAPT), World Poker Tour DeepStacks events and the PokerStars’ Moneymaker PSPC Tour.

Nelly is not the only celebrity who got himself into a tussle over poker or casino related incidents. In 2018, American hip-hop artist Flavor Flav was attacked inside a casino in Las Vegas for unknown reasons. UK grime artist Stormzy also got into controversy after allegedly hosting a poker home game involving drugs. A video showed a poker table inside Stormzy’s house, with drug paraphernalia and bags of what were believed to be illegal substances.

In 2019, Ben Affleck was also seen playing poker in an inebriated state at LA’s Commerce Casino. During that game, the actor-director won in what could be considered a “drunken hit“. Affleck is an award-winning actor, but he is also among the top-ranked poker-playing celebrities. He won the $10,000 California State Poker Championship in 2004 and has been playing high-stakes poker in Hollywood.

Be Patient At The Poker Tables

Gambling requires a great deal of patience as it can make you lose your mind at even the tiniest issues at the table. This is why casinos and poker rooms usually display a note for players, reminding them to control their temper and keep their emotions in check.
Nelly appears to have easily moved on from the Mohegan Sun squabble anyway after he posted a picture on his Instagram account thanking the casino.