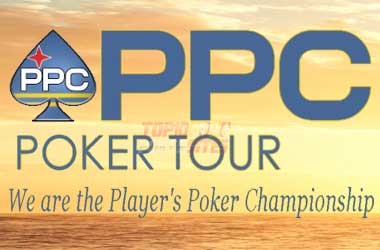 The Players Poker Championship (PPC) has allegedly failed to make full payouts to the winners of the PPC Aruba World Championship that was held in November 2016.

According to a media report, a law firm representing three players who cashed out has written to the organizers of the tournament asking for the entire amount of winnings to be paid by Dec. 30. The organizers apparently paid out only $10,000 to each of the players in question – Stephen Deutsch, Joan Sandoval, and Michael Lerner at the event, asking them to leave wire transfer details in order to send the outstanding. All three players finished within the top six of the Aruba PPC event.

However, none of the players have so far received the remainder of their winnings. The letter sent by the players’ lawyer has said that if the monies aren’t paid by the specified deadline, a lawsuit for fraud, breach of contract and other related charges will be filed against the organizers.

In a statement, Mac VerStandig, the players’ lawyer said

We are hopeful that rumour and conjecture will soon give way to reasoned explanation and the various players will receive the monies they rightfully won. Should that not occur, we are actively exploring all legal options

All attempts to contact key officials from PPC, Bryan Oulton and Sandy Swartzbaugh have not yet been successful. A discussion thread at a popular poker forum has revealed that others in top seven winners list for the Championship have also not yet received the full amount of their winnings.

Additionally, one of PPC’s sponsored pros Chris Fox Wallace is said to have not yet received his dues pending from September in full. He stated that he hasn’t been able to contact Swartzbaugh, adding that he was disappointed at the way the issue was being handled. Other pros representing the brand are Ronnie Bardah and Mark P0ker H0 Kroon.

This year was the fourth edition of the PPC festival tour. Tournaments for the fifth season in 2017 have been advertised at PPC’s website – one called Isle Casino Winter Series and another Tampa Downs Winter Fest – but no details on it are available so far.