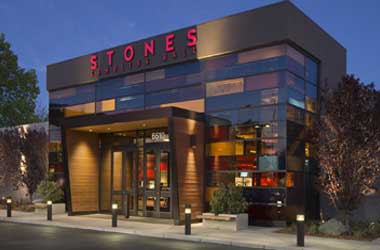 Stones Gambling Hall, the card room at the center of a massive cheating scandal which exploded in September 2019, is seeking to dismiss the pending civil lawsuit against it, claiming they have found no proof of cheating in the games in question.

This is the latest development in the ongoing saga also involving cash games specialist Mike Postle, who allegedly connived with Stones personnel to rob his opponents of their hard-earned money, amounting to hundreds of thousands of dollars.

In a motion to dismiss which was filed last week, Stones contested the allegations of fraud, libel, and negligence contained in a $30 million lawsuit against its parent company Kings Casino LLC, tournament director Justin Kuraitis, and Postle.

Stones denied any liability in the matter, saying it did not benefit from the alleged unscrupulous activity, and if the cheating claims were true, it would be difficult to pinpoint any damages as it would be impossible to determine the real winner and as well as the amount involved.

Stones also took a swipe at the plaintiffs, portraying them as merely sore losers. The motion further stated that Stones only provided a platform for poker, and had no stake whatsoever in whoever won or lost in the games.

Stones initially responded to the cheating allegations by suspending its livestreamed cash games and conducting a thorough investigation into the matter. It is now fighting back, saying there was no evidence that cheating indeed took place.

Plaintiffs’ Lawyer Will Fight Back

Postle’s misconduct was exposed by fellow player and former Stones commentator Veronica Brill. The controversy, considered by many as the biggest cheating scandal in the history of broadcast poker, made headlines last year, sparking criticism from the poker community. Some of Postle’s opponents claim the player won at outrageous win rates, even going beyond the win rates posted by some of the world’s best poker players.

While there were instances when Postle lost, the plaintiffs allege it was only because a certain chief confederate was not present during the games.

Responding to the motion to dismiss, Mac VerStandig, the lawyer representing the plaintiffs, said he intends to fight the motion. The attorney said it is regrettable that his clients were being painted as whining losers.

Postle meanwhile has remained silent on the controversy, though it was reported that he would represent himself in the case. The player was also accused of avoiding court summons, ignoring legal authorities. Another hearing will take place on April 16.