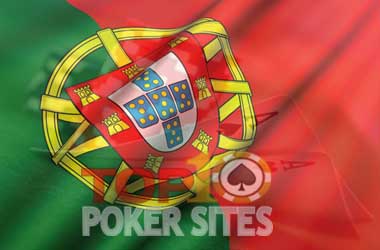 Portugal passed a new gambling bill in 2015 that lifted the ban on gambling and would go on to issue its first gaming license in 2016. The government was very optimistic that newly approved gambling industry would bring in significant revenue in the form of licensing fees and gambling taxes, while create job opportunities and boosting the economy.

Things have not turned out exactly that way based on a report commissioned by the Remote Gambling Association (RGA). Eurogroup Consulting, a Portuguese firm was hired by the RGA to study the online gambling industry in Portugal and then compile a detailed report with their findings.

RGA is the biggest Gaming and Betting Trade Association in the world and represents most of the major gambling companies in the world.

The survey shows that only 32 percent of online gamblers played exclusively at licensed gaming websites. These numbers should get the attention of the gaming regulator as it defeats the government’s purpose of lifting the ban on online gambling. Playing at unlicensed websites is illegal in Portugal and players run the risk of not only breaking the law but also being exploited by unscrupulous iGaming operators.

However, Portuguese players are willing to take the risk because they find iGaming regulations in Portugal to be far too strict to make legalized online gambling appealing to them. The high rate of taxes imposed along with the poor betting odds at licensed online gambling websites does not have enough lure to attract players.

Unlicensed online gambling websites are obviously not subjected to these stringent regulations and as a result are able to offer Portuguese players better odds and give them the option of using cryptocurrencies to keep their identity anonymous and not pay any taxes. The gaming regulator will have to continue to crackdown on the illegal online gambling industry or its licensed online gaming industry will continue to suffer.

The gaming regulator is aware that there are concerns about its high taxes and has promised to review its gaming regulations next year.