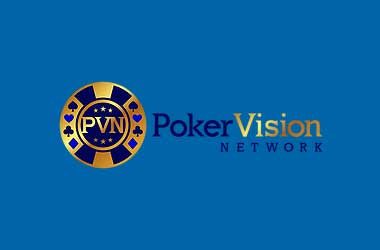 A subsidiary of ePlay Digital, PokerVision Media Inc. (PVN) has announced that it is launching a Digital TV channel offering content on poker, eSports, gaming and sports across several mediums. The new channel is expected to launch in early 2017 in Canada. PVN will be developing and operating interactive broadcasts as well as live video platforms, bringing a transformation in how viewers consume entertainment. It plans to offer live streaming,broadcast TV, augmented reality, fantasy sports in addition to interactive social media channels.

In a statement, Jim Nelles, Head of Broadcasting for PVN said

No other TV network in Canada has been created from the ground up with social, mobile engagement, augmented reality, and gamification. The days of single-screen viewing are gone. Audiences expect great content on a TV screen complemented by interactivity on tablet and mobile. PVN is stepping up to deliver exactly that. We will drive larger and engaged audiences in the face of massive competition for viewership

The company is currently engaged in procuring studio space in several cities as it firms up its program schedule and develops interactive applications for the various gaming formats. Production and broadcast facilities are already operational at Calgary and Toronto. PVN intends to beam live coverage of poker tournaments being held in Canada and other premier poker destinations globally. According to the company, the channel will feature eSports and gaming shows, original reality programming and sports handicapping among other things.

Trevor Doerksen, CEO and President of ePlay Digital pointed out that with a rapidly changing television and media industry, PVN’s fresh approach would be able to highlight how professional and amateur players, advertisers, venues and media platforms can engage with viewers.

PVN has put together an experienced team for the new initiative. In addition to Jim Nelles, key management personnel include Malcolm Dunlop, a former CityTV and Rogers Media studio executive who will be the VP of Programming; Lynne Kellner, Canada's first female TV sports producer with CBC who will be the VP of Television Production and Finance.

The company will be releasing further details on its programming and broadcasting after finalizing plans. The international broadcast details will also be shared later as the company is still in the process of entering into agreements for relaying content to European, Asian and U.S. markets.