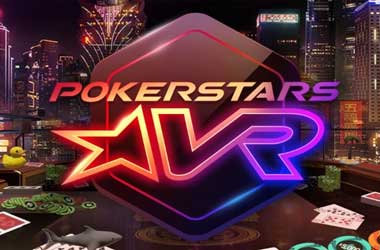 The latest Q3 report released by the Stars Group has shown that PokerStars contribution to gross gaming revenues has continued to decline.

PokerStars, the biggest online poker website in the world has continued to innovate by releasing new games such as the recent ‘Fusion’ to get more players interested and coming back for more.

The online poker room had experimented earlier this year with Pokerstars VR and invited 150 players to be a part of the best testing procedure. The results of the beta test were positive and as a result, PokerStars has decided to launch its VR offering across worldwide locations.

In a statement, Severin Rasset, Director of Poker Innovation and Operations at PokerStars said

When we showcased the product, it was amazing to see people really enjoy and become engrossed in the game. We wanted to venture into the world of virtual reality because we believe it is an exciting avenue of technology to explore and something that our players would appreciate. I highly recommend that everyone tries out the game as it can only truly be understood and enjoyed by experiencing it

PokerStars players have generally not been too open to change. However, this new VR offering provides players with a brand new experience and so far the initial reactions have been pretty positive.

Jaime Staples believes that the VR offering will appeal to just about every poker player with the exception of the usual grinders who prefer to play up to 8 tables at a time.