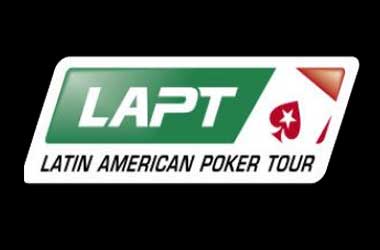 PokerStars is in hot water with a lot of poker players right now. The company recently announced that they would be canceling the Chile stop for their Latin American Poker Tour (LAPT).

The announcement was made February 6 on the Spanish PokerStars blog and it caught hundreds of players by surprise, leaving them disappointed and angry.

The announcement was a bit vague regarding the reasons for the late cancellation of the LAPT stop. However, PokerStars assured players that they would be trying their best to improve their live event offerings to further please their players.

In a statement, Eric Hollreiser, Director of Corporate Communications said

As we review our strategy for tournaments in Latin America, alongside the global event calendar and the overall Live Events proposition of PokerStars, we have decided to cancel LAPT Chile. We want to continue to produce tournaments in the region that players can love, and that can be enduring

Scheduled for March, LAPT Chile would have signaled the return of the Latin American Poker Tour after a single-year hiatus. It would have also continued a ten-year tradition of PokerStars holding a poker event in the country. This is because even though the LAPT was not conducted in 2017, PokerStars still held an annual live event at Casino Enjoy in Valparaiso.

This cancellation has already created doubts about the return of the LAPT. The initial Chile stop was the only stop featured on the PokerStars website and no replacement has been posted. Rumors of the LAPT cancellation were already swirling when satellite tournaments for
the Chile stop were removed from the poker client. PokerStars released a statement assuring everyone who won a satellite tournament that their money would be refunded to their accounts.

However this announcement has not calmed the hundreds of frustrated players and they took to poker forums and social media to voice their displeasure with PokerStars. With only a month left before the event, many players had already finalized their plans of attending LAPT Chile. Some of the complaints on social media and poker forums are from players who already bought tickets and cleared their schedules so that they could attend LAPT Chile. One player even complained that he already had tickets for his entire family when he received the cancellation e-mail.

Casino Enjoy the slated host for LAPT Chile, is trying to make up for it though. The casino has scheduled the Master Viña del Mar EPS festival for March 7 to 11. With 16 events, it features a CL $90 million ($150K) GTD Main Event – but it is small consolation considering LAPT Chile now stands cancelled.