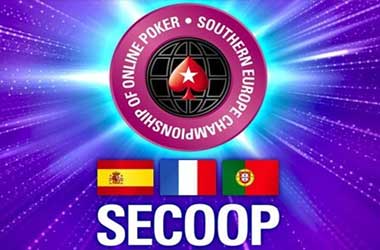 The European online poker market had been in decline for a number of years and poker operators were struggling to stay afloat. The shared liquidity agreement between Spain, Portugal, France and Italy was designed to boost the online poker market and from the success of SECOOP it looks like it is working. Keep in mind that Italy is yet to join the shared poker liquidity agreement and things can only get better when Italy jumps in.

SECOOP featured 149 events and exceeded expectations when it managed to surpass its advertised €10 million guarantee by adding another €2.3 million in total prize pool. When combined, the total prize pool of all Southern Europe series, including SCOOP France and Spain, Galactic Series, TRIO Series, FRESH and SECOOP now stands at more than €50 million.

The SECOOP Main Event which had a buy-in of €250 was won by ‘Befuddeld’. The player topped a field of 5,215 entries to take home the top prize of €172,451. It was interesting to see that the majority of players were from France followed by players from Spain and then Portugal.

The Stars Group which is the parent company of PokerStars was happy with the results in the European shared liquidity market. Severin Rasset, Director of Poker Innovation and Operations at the Stars Group, said the PokerStars team were happy and proud that players in Southern Europe had the opportunity to take part in one of the company’s most popular events.

Things Also Looking Up In Italy

Meanwhile, the 10th edition of the Italian Championship of Online Poker (ICOOP) also broke its own record by offering the largest ever prize pool in an Italian series at PokerStars. The tournament ran simultaneously with SECOOP and featured 68 events and was promoted with a €4 million guarantee.

However, Italian players went after it and a total guarantee of €4,942, 126 was up for grabs. This is yet another indicator that online poker has picked up in the European online poker market.