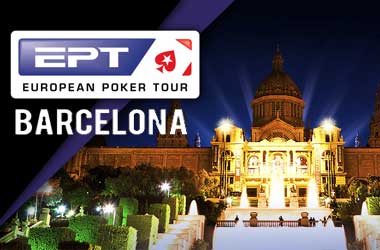 The PokerStars European Poker Tour (EPT) will be making its annual stop in sunny Barcelona in less than a week. The action will take place at Casino Barcelona and run from August 21st through till September 2nd.

EPT Barcelona is well-known for offering up plenty of high roller action and it will be even more intense this year with the addition of the €100,000 Super High Roller. It was PokerStars Team Pro Igor Kurganov who walked away with €1,135,000 at last year’s €50,000 Super High Roller and somebody will take home a lot more than that this year.

Head Over To Barcelona

Barcelona has the distinction of being the only city that has hosted the tour since the EPT’s first season in 2004. The city is famous for its sunny beaches, awe-inspiring architecture and lively nightlife which gives players a lot to see and do when they aren’t at the table. There will be a total of 34 action packed events that will take place during EPT Barcelona.

Poker players from neighboring countries like Italy and Portugal will also make their way to Barcelona as they will not want to miss the chance of playing against some of the best European poker players in the industry and taking a crack at the large amounts of guaranteed prize money.