PokerStars Boosted In Brazil With Signing of Felipe Ramos

PokerStars Boosted In Brazil With Signing of Felipe Ramos 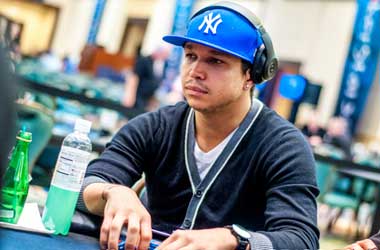 PokerStars, the biggest online poker website in the world has focused on expanding its global operations and one of the markets that the company is targeting is South America, with a special focus on Brazil.

PokerStars recently announced that is has signed Felipe Mojave Ramos, a PLO expert and close friend to Brazilian soccer star Neymar Jr. Ramos is considered to be one of the best poker players in Brazil and is known as ‘mojave’. The Brazilian poker player has done well both on the live and online poker circuit, winning over $1 million in both form of the game. He has also built a media presence for himself by doing a lot of commentary on a number of TV networks including Brazil’s Band Sports and Fox Sports.

By signing up with PokerStars, Ramos will now be a ‘Friend of PokerStars’ and have the responsibility of representing and promoting the PokerStars brand at the numerous PokerStars events that take place across the globe. He will have a special role to play in the promotions that take place in South America.

Ramos has studied and played poker for a number of years and is known to have an in-depth knowledge of the game. He has offered his advice and coaching to a number of celebrity poker players including Neymar Jr.

The Brazilian soccer star was very happy to learn that Ramos had signed on with PokerStars and was stated that he was excited for the rest of the world to see how good a player Ramos was. In a statement, Neymar Jr said

We’ve played lots of poker together and I’ve learned a lot from him. Now the world will get to see what I already know – he’s one of the very best.

Ramos’s immediate responsibilities include attending the PokerStars’ BSOP event in Sao Paulo before moving on Brasilia to take part in the Neymar Jr Charity Home Game which is scheduled to take place on the 26th of July 2015. He will also take part in the World Championship of Online Poker (WCOOP) that will start on the 6th of September 2015.

PokerStars could also request Ramos to once again invest him time and knowledge into Neymar Jr and help him improve his poker skills. The company will most likely do a number of promotional events with Ramos and Neymar Jr in the near future.