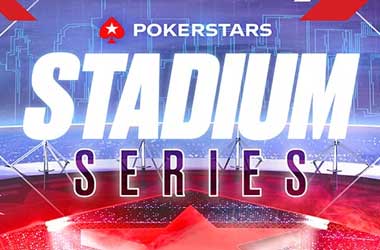 The PokerStars Stadium Series carries a massive guarantee of $50 million, spread across almost a month of stellar online action. The festival kicked off on July 5 and will run through to August 2, featuring a total of 102 events.

The events are split into three tiers – Low, Medium, and High, with buy-ins ranging from as low as $5.50, all the way up to $5,200. A trio of events take place daily from Monday to Saturday, with six events running every Sunday.

Not only that – if you manage to make the final table in any of the Sunday Finals, you will win your way into the $5,200 buy-in Stadium Series Grand Final with a cool $5 million guarantee up for grabs! The event will be played in freezeout format.

If you think you can’t get into the big events because of your limited bankroll, PokerStars is also running a leaderboard for players like you! The Stadium Series Trials will give away $235,000 worth of Stadium Series tickets, including 25 seats to the $5,200 Grand Final!

To be eligible for the leaderboard promo, earn points by taking part in as many multi-table tournaments as possible on the PokerStars client. For every $1 spent on any MTT, you get 1 point. If you finish in the Top 25, you’ll earn a ticket into the $5,200 Grand Final.

The 25th-125th places will also walk away with a $1,050 Fast Track Final ticket, which serves as the satellite event for the Grand Final. There are plenty of chances for you to achieve life-changing victory, so head over to the Challenges Window now to begin your journey.

The full schedule of the Stadium Series is available on the PokerStars website.

Global Poker Awards Set To Make Its Return In March 2022