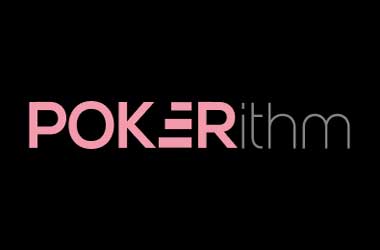 Aspiring poker players will soon get the chance to play and enjoy their favorite game in a very different setup via POKERithm, which is the brainchild of World Series of Poker (WSPOP) bracelet winner Matt Waxman.

POKERithm’s beta testing phase runs matches via a team-based format. Each episode sees four teams of four players (a total of 16 players per episode) competing at four isolated tables – each table is consist of four players (one from each team), and they kick off the action with 100,000 in chips.

Each one plays a single hand with preset cards – all the other players seated at the three isolated tables also play the same exact hand.

The competition features a cumulative scoreboard wherein a team’s performance is based on the actual scores of the individual members. At the end of each hand, each of the player’s score is tallied based on the number of chips won or lost. Their score is then added to the team’s total. After the completion of the first hand, the players are provided with a reloaded stack of 100,000 and they play the next hand.

Waxman and his team worked on the beta testing of the project back in the summer of 2019 and they named it “Season 0“, a pro league which took place in Vegas. The name indicates that it isn’t part of the official seasons. Among those who participated in Season 0 were prominent names in the world of poker, including Joe Cada, Andrew Lichtenberger and Kane Kalas.

Season 0 was filmed all throughout and Waxman started to release the videos just two weeks ago.

The teams competing include: Hooligang, The PositEVs, The Soulvers, GRIT, Moxie, VikingX, The Archers and Pioneers. Each team consists of at least eight players, including the team captain.

POKERithm To Be Released to Public Soon

Waxman is delighted to know that everyone who took part in the beta testing really enjoyed the whole concept. The platform will be made available to the public soon, and players will compete in a similar format, though they no longer need to be in a team.

The players will then be ranked according to their individual performances in each hand. If they do well, they’d advance to the next level, and so forth. The entire concept eliminates the “gambling” factor and won’t require players to pay for buy-ins. They will compete for free and strive to do better for the sake of competition and rankings.