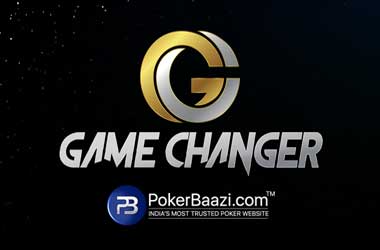 Following on from the hugely successful MoneyMaker tournament in October 2018, PokerBaazi decided to bring in more action with the Game Changer which took place on February 20-24, 2019, carrying a massive prize pool of $280,000 (2 Crore rupees).

Players got into the four-day tournament by taking part in satellite events, blogging contests and direct buy-ins. At the end of the registration period on Day 2, the Game Changer managed to surpass expectations.

The MTT attracted a total of 3,777 entries, nearly doubling its initial guarantee. Prashanth Sekar eventually conquered the tournament for more than $100,000, making a name for himself and going down in India’s online poker history books as the first ever winner of PokerBaazi’s record-breaking Game Changer tournament.

PokerBaazi CEO Navkiran Singh congratulated Sekar on his win and was also very pleased with the response to the Game Changer tournament.

Though the tournament’s prizepool level pales in comparison with other major online tournaments around the world such as partypoker’s $20 million GTD Millions Online, Game Changer’s figures are encouraging taking into account the emerging gaming market in India.

The online poker space in India has been faced with legal challenges, which partly contribute to the industry’s slow progress in the country. Earlier this month, the Gujarat High Court failed to hear two longstanding high-profile appeals on the status of poker in the state. In 2017, Gujarat classified poker as a game of chance, and essentially ruled the game as an illegal activity.

Multiple bodies, which include the Indian Poker Association, have been pushing for the game to be legalized within the country. Even with the many legal hurdles, the game of poker continues to grow in popularity and tournaments like the Game Changer play a critical role in bringing in new players and keeping existing players happy as they don’t have to leave India to look for high paying poker tournaments.

As of now, online poker legalization is implemented on a state by state basis, with some regions such as Odisha, Assam and Nagaland choosing to allow operators to cater to poker players within their borders.

With the legal limbo somewhat hindering the growth of India’s poker industry, tournaments like Game Changer serve as a shining beacon of hope for every poker fan in the country.