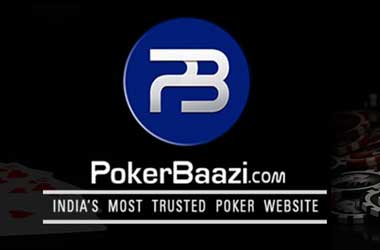 As India gears up for the upcoming PokerBaazi Premier League (PPL) Winter Edition, the poker operator has announced it will host a new tournament with a huge guaranteed prize pool called ‘Game Changer’.

PokerBaazi Marketing Director Varun Ganjoo said they came up with the name ‘Game Changer’ because the tournament will be ‘life-changing’ and is set to become India’s biggest poker tournament with its 2 crore in guaranteed prize money. The Game Changer is expected to attract a huge field once the final details of the tournament are laid out.

CEO Mavkiran Singh said Game Changer is another milestone for the poker operator who has remained steadfast in its goal of revolutionizing Indian poker.

PokerBaazi was behind one of the most significant, industry-changing tournaments in India called ‘The Moneymaker’ which was the first tournament to offer a total prize pool of 1 crore ($140,009). When The Moneymaker debuted in India, there was a lot of controversy surrounding poker and its legal status. Despite these issues, the tournament had a huge turnout with 800 players taking part.

The first ever winner of The Moneymaker tournament was Anujkumar ‘aatmaan’ Kodam, who took home 30 lakh ($42,000). Since then, PokerBaazi has held the tournament on a yearly basis with the most recent one achieving the biggest turnout to date. The last edition of The Moneymaker saw total guarantees reaching 1.36 crore ($190,392). The first-place prize of 33 lakhs ($46,198) went to Nikhil ‘stringbet710’ Sayilen.

PokerBaazi is continuing to boost the popularity of poker in India came out with a new loyalty rewards scheme known as ‘Baazi Rewards’.

Committed To Poker Legalization In India

PokerBaazi went through a lot of challenges since it started in 2014. The biggest challenge has been to get legislators to view poker as a game of skill and not chance. Poker is still banned in most states as it is considered gambling.

PokerBaazi has not given up on its mission and has remained one of India’s most trusted poker websites, offering daily promos and deals, weekly events and new tournaments. The website also holds four major series each year. MoneyMaker and PPL have become two of the world’s largest online tournament brands.