Poker Training Website Ivey League To Shut Down On May 1

Poker Training Website Ivey League To Shut Down On May 1 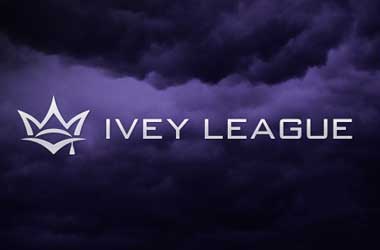 Ivey League, the online poker training website which was founded by poker legend Phil Ivey will cease operations from May 1 according to a statement from the company.

The statement has cited the current condition of online poker as the reason for the closing. No further explanation or details have been shared regarding the market condition being referred to.

Ivey League was launched in February 2014 by Ivey, who had created the online poker training website after purchasing poker coaching site Leggo Poker in 2013. Since its launch, the site has been releasing new training content regularly for subscribers and had some of the best professional poker players as trainers including the likes of Patrik Antonius, Cole South, Andrew “Lucky Chewy” Lichtenberger and Chris Wallace.

According to the statement issued, no fresh content released will be released post May 1, though earlier videos would remain accessible. For those who have an annual subscription, a pro-rata refund would be issued. Those having a monthly subscription would need to login to the site and cancel the same.

One of the reasons being attributed for Ivey closing down his venture is that he has been battling long drawn lawsuits, one in the UK against the Crockfords casino and one in Atlantic City, New Jersey against the Borgata casino, both of which he has lost. The cases were filed by the casino as they accused Ivey of resorting to edge sorting and gaining an unfair advantage over the casinos.

This is however not the first time that Ivey has struggled with online poker ventures. He was an integral part of the promotional team of Full Tilt Poker and had won big on it. After Black Friday though, he dropped out from the online poker scene.

When Full Tilt Poker was revived after PokerStars took over in 2012, Ivey returned but didn’t see as much success. According to the High Stakes Database, his last recorded appearance was in June 2015, and in that session he faced losses of almost $6.4 million. Overall during this period of playing online poker, he reportedly lost more than $5 million.

Some industry analysts believe that Ivey developed the idea of a poker training site at a stage when he was expecting the North American market to open up with further legalization. He first launched a training site called Ivey Poker but closed that stating that the team was working on new products and extensions. Ivey League was the final result and in the past few years the site has been a highly regarded resource with great trainers, covering a wide range of disciplines going beyond the popular No Limit Texas Hold’em format.