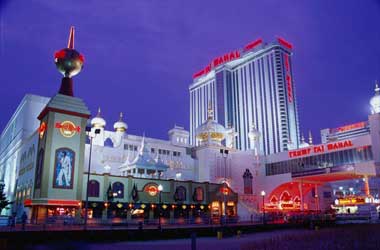 The live casino industry in Atlantic City went through one of its worst slumps in 2014 which resulted in as many as 4 casinos shutting down operations. The casinos that managed to stay afloat have also reported significant declines in revenue and player traffic. One of the main reasons for this decline is because New Jersey is facing competition from its neighbouring states that are promoting its new casinos aggressively.

The Trump Taj Mahal in Atlantic City was one of the casinos that filed for bankruptcy in 2014 but received a lifeline when billionaire Carl Icahn decided to step in and provide an initial loan of $20 million to keep the casino afloat.

The analysis confirmed that the poker room at the Trump Taj Mahal has fallen well below expectations and continues to struggle financially. The Trump Taj Mahal poker room has 48 tables and is second largest poker room in Atlantic City with only the Borgata surpassing it with 80 tables. Casino management decided that it would be in the best interests of the casino to shutdown the poker room and curtail the overhead being generated.

CEO Robert Griffin, Trump Entertainment Resorts stated that the poker room was not bringing in any profits and make no business sense to continue to keep it open. In a statement, Griffin said

Poker is a money loser for us at this point. With all the starts and stops in this process, we’ve lost enough business that we need to do something to make it profitable again

The VIP poker room which has been featured in a number of documentaries and movies was closed on the 15th of February for an indefinite period of time. The Trump Taj Mahal received more bad news this week when the federal government confirmed that it was imposing a $10 million penalty on the Taj for failing to fully comply with its anti-money laundering policies.

The federal government analysis of the Trump Taj Mahal has revealed that the casino did not have sufficient safeguards in place to analyze and report fraudulent and suspicious activity as required by law. The Trump Taj Mahal has admitted to the charge and will now have to pay the fine in order to continue its operations.