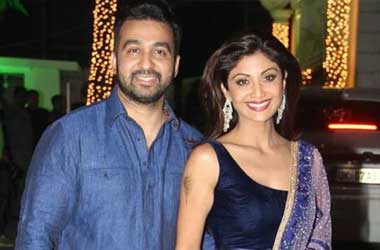 Viaan Industries Limited, which is promoted by Raj Kundra along with his celebrity wife Shilpa Shetty, is planning to launch the Poker Raj website and app on Sunday. To celebrate the new website’s launch, Poker Raj will be holding several freerolls between September 16th and September 30th. A prize pool of Rs. 10 lakhs will be up for grabs. Another Exclusive brought to you by Poker Sites.

Poker Raj will cater to India’s growing poker market and will complement Match Indian Poker League which is a team-based poker event that the company hosts in conjunction with the International Federation of Match Poker. Kundra explained that after they launched Match Indian Poker League, his company realized that a single annual event was not nearly enough for the millions of Indian poker players. He said that Raj Poker will help to bring new players to the league.

Salus Technologies will provide the technology and software for the platform and Viaan Industries is hoping that their new brand will distinguish itself from their competitors with top-notch customer service and customizable features. Kundra said that the company has been focusing on real-money gaming in the country that are categorized as games of skill. The entrepreneur was very optimistic about the work being done by him company and boasted how his company launched the first poker league in India and how their efforts have created a new wave of poker fans.

Kundra went on to explain how the new website is a natural extension of the Match Indian Poker League and that Viaan Industries is bullish on real money gaming in the country. Kundra tried to start an online poker venture in 2016 but it never worked out and plans were scrapped. He claimed that this venture is different as his previous attempt was based on a partnership agreement which did not really work out as the partners didn’t see eye to eye.

This time, the business will be fully owned and operated by Viaan Industries and is expected to quickly become one of top revenue streams for the company going forward. The company also operates other real money gaming brands such as ‘Chase Bid’ and ‘Game of Dot’ which have been successful and continue to grow in popularity.

Kundra says that one of the biggest challenges that his company will have to address is convincing players that their money and private information is secure.