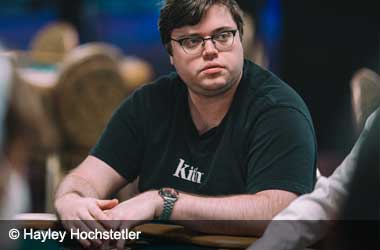 Poker player Ian O’Hara is a scammer. That’s according to Kane Kalas who revealed in a lengthy post on Twitter that O’Hara defrauded him and fellow pro Jonathan Jaffe out of six figures in a staking deal in 2020.

Kalas said he and Jaffe initially agreed not to go public with what happened between them and O’Hara two years ago under certain conditions but O’Hara ended up breaking some of them. Kalas thought the poker world deserves to know who O’Hara is and why people should avoid doing business with him especially when huge money is involved.

How The Scam Took Place

Kalas shared that in 2020, O’Hara had asked him for a cash game and tournament stake. Both ultimately agreed to a 50/50 staking arrangement, but unbeknownst to Kalas, O’Hara had also entered into a backing deal with Jaffe.

Kalas made it clear that O’Hara did not oversell despite having two of them as his backers, but the fact that he did not disclose it to both Kalas and Jaffe was unethical.

After comparing some information O’Hara had sent to each of them as part of the staking agreement, Kalas and Jaffe eventually found out that O’Hara lied about his wins and losses by submitting conflicting reports. Kalas and Jaffe terminated the staking deal and lost six figures between them. O’Hara admitted to his wrongdoing and promised to return the pair’s money.

Kalas claimed that O’Hara pleaded with them not to expose everything to the public and give him time to fix things. Believing that the player was “genuinely remorseful” but worried he might do it again, Kalas and Jaffe agreed to stay silent on the condition that O’Hara makes consistent payments to them until his debts are fully paid off. He must also let the pair know about all transactional business he conducts within poker.

Things were going well until recently when Kalas and Jaffe learned that O’Hara sold action for the Poker Masters without their prior knowledge.

O’Hara was at it again – he sold action and sent fake screenshots of receipts. He used photos from the event and claimed he lost. But the truth is, he never really played at the series. Kalas alleged that O’Hara has “selfishly opportunistic tendencies” and warned everyone against doing business with him.

Interestingly, O’Hara replied to Kalas’s Twitter post and apologized to those who have been affected by his decisions. He said will face the consequences of his actions and will strive to do better moving forward.

I’m very sorry to all I have effected with my decisions. I made these choices on my own and I must now face the consequences. I will do everything in my power to rectify the situation as much as possible. I will do better in every aspect of life moving forward. Thank you