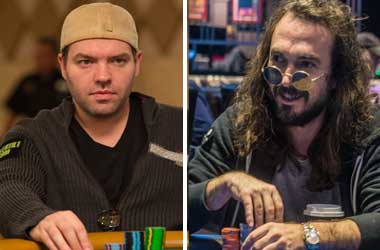 The prop bet dispute between Dutch Boyd and Joe Bartholdi has been finally settled in court.

Young poker players may not be aware of these two poker players who were popular during the poker boom for being members of the poker-playing group “The Crew“.

Both players participated in a $10,000 bet about who would win more World Series of Poker (WSOP) bracelets over a 10-year period.

The winner would get the cash prize of $10,000. Boyd filed a lawsuit against Bartholdi in relation to the prop bet, claiming that the latter must give him the money as he did not win a single bracelet within the specified period.

However, the court has ruled that the agreement can’t be considered a valid legal contract, as it was only done verbally.

According to the ruling made by Hearing Master Amy L. Ferreira, the prop bet agreement between Boyd and Bartholdi is considered void because there was no written document created when both players agreed to the prop bet.

The Nevada Revised Statutes state that agreements spanning more than one year should be made in writing for them to have a legal ground. Otherwise, they will be treated as invalid. Such was the case with Boyd and Bartholdi’s prop bet. The players made the agreement in the absence of a written document. Hence, Boyd cannot pursue a claim.

However, both players could still agree to settle it personally. Reacting to the lawsuit, Bartholdi said he intends to pay Boyd what he owes, but maybe the latter couldn’t wait and sued him as a result. Still, Bartholdi pledged that Boyd will get the money, as per the prop bet terms.

Boyd said that he and Bartholdi agreed to the prop bet after Joe Bartholdi‘s victory in the 2006 World Poker Tour $25,000 Championship. During the same year, Boyd also won his first WSOP bracelet, and then added two more in 2010 and 2014. Bartholdi currently has 0 bracelets.

According to Boyd, Bartholdi was able to pay him $1,500 over the last five years, but the payments had stopped since then. Boyd claimed that Bartholdi refused to pay him, even when there were instances when he could have completed the payment. That’s why he decided to file the suit.

Boyd said he might consider appealing the decision. He said the whole experience taught him a lesson to always write down agreements and don’t get into a prop bet with a friend!