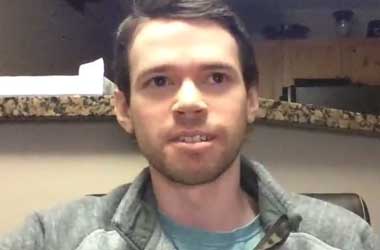 One of the top online poker pros in the world, who loved playing pot-limit Omaha (PLO), surprised the online poker community by announcing that he was retiring from playing professional poker.

While his real identity is known to very few, the online poker community has gone used to referring to Cullen Connors him by his handle ‘cumicon’.

Cumicon has been a regular player at online high-stakes PLO circles for the last five years now and has done rather well for himself. Since he decided to retire from playing online poker, he was happy to release an epic winnings graph that showed more than $7 million in winnings.

Cumicon announced his retirement on the Two Plus Two poker forum earlier this week and also uploaded graphs of his lifetime PLO games and winnings.

The online poker pro stated that he has always been inspired by players who posted their graphs on poker forums and so thought it was only fitting for him to end his career by releasing his own graph highlighting his winnings. His graph showcased a career that started from January 1, 2013 and ended on November 12, 2017 and saw him win $7,423,253 in prize money.

These impressive winnings came at minimum effort for the PLO player. In the Two Plus Two forum post, he said

I did this without ever really working on my game away from the tables, so it’s still possible to be a lazy poker player and make money in today’s games

He noted that 100/200 and 200/400 were removed from the graph because he believed they distorted the curves and were not indicative of his real results. Cumicon has made it clear that he will not be active anymore in the online poker industry and has also made it clear that he is not interested in online coaching opportunities.