Poker Players All Over The World Are Embracing The Big Blind Ante March 29, 2018 Adrian Sterne https://top10pokersites.net 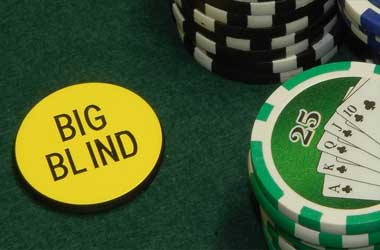 Texas Hold’em is the most popular poker variant and is played by millions of poker players all over the world. This is one of the reasons why any change in its format usually gets a negative reaction and tends to die an early death. However, two recent changes to Texas Hold’em have gotten the attention of the poker community. These are the addition of a stop clock for players and the use of big blind ante.

Both these changes have been welcomed with open arms, though there was some hesitation when it came to big blinds. The stop clocks or using timers for players was readily accepted as it helps to speed up the game and push slow players to make decisions faster. The big blind ante has also been embraced by top poker tournament organizers and gained quite a bit of traction in the tournament scene.

Big blind antes work by having the player sitting at the big blind spot paying the entire ante for the table. This removes a lot of the confusion late in the game by having just one person paying off the ante, instead of wasting time wondering who hasn’t paid their part of the ante.

This change is pretty new to the poker scene and came about due to high roller players experimenting with the big blind ante in some Aria tournaments in 2017. This ante system quickly became popular and Aria decided to make it mandatory for its $240 daily events.

The surest sign that the big blind ante has become mainstream is its use in two big events: the 2018 World Series of Poker will use the big blind ante at its Big One For One Drop event and the Super High Roller Bowl. The WSOP has also indicated that big blind ante might become the norm for all events in the 2018 edition.