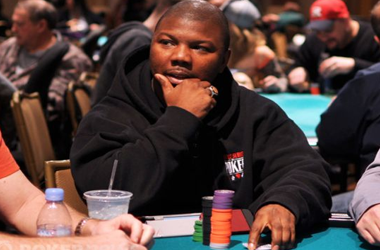 A U.S-based professional poker player Travell Thomas has received a prison sentence of 8.5 years from a Manhattan federal court for running a $31 million debt collection scam.

Thomas pled guilty in November 2016 and blamed a gambling addiction for ruining his life and pushing him into criminal activities. His career prize money till date is a little more than $500,000 according to the Hendon Mob.

A two-time World Series of Poker Circuit ring winner, Thomas has been accused of running a debt collection company known as Four Star Resolution out of Buffalo, New York which used false threats of lawsuits to extort money from thousands of people, netting nearly $31 million which Thomas used to fund a lavish lifestyle which included gambling.

Acting US Attorney for the Southern District of New York Joon H. Kim called it the biggest criminal debt collection scheme charged so far. The operation was active between 2010 and 2015. Thomas was charged by federal agents in 2016 for wire fraud and conspiracy to commit wire fraud. He faced up to 15 years in prison for these charges but was shown leniency by the U.S. District Judge Katherine Polk Failla who reduced the charges to 8.5 years.

Using abusive and outrageous threats to take advantage of vulnerable Americans, Thomas and his co-conspirators defrauded victims out of $31 million and Thomas made a small fortune for himself. Thomas will now serve a significant term in federal prison.

Assistant US Attorney Edward Imperatore said that Thomas’ motivation was primarily greed spending much of the profits on himself. Imperatore noted that Thomas had lied to the New York Attorney General's office in order to impede their probe three years earlier. This allowed him to carry on with his fraudulent scheme for an extra three years until the Federal Trade Commission shut his business down.

Prosecutors showed that Thomas used a number of methods to extort money from the victims. His team of debt collectors used scripts developed by Thomas to threaten debt-ridden people with lawsuits accusing them of check fraud or wire fraud. They often misrepresented themselves to be affiliates of local government, legal or law enforcement agencies.

Thomas also inflated the debts balances owed by customers by manipulating Four Star's software which resulted in the debt collectors collecting more money than what was due. He also placed the debts with more than one of his four offices which resulted in several Four Star collectors harassing the victim to repay. The scheme also involved sending repayment mailers to victims nationwide that claimed to be from courts or government authorities.