Poker Now Classified As ‘A Sport’ In The Ukraine

Poker Now Classified As ‘A Sport’ In The Ukraine August 28, 2018 Dusan Jovanovic

Poker Now Classified As ‘A Sport’ In The Ukraine 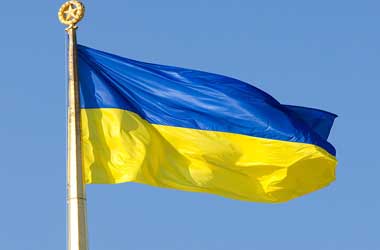 The same debate has been raging in Ukraine but lawmakers have put the issue to rest by classifying poker as a game of skill and hence placing it in the category of sports. This decision means that poker is the latest entry in Ukraine’s Register of Recognized Sports which sets the table for it to once again be legally played in the country.

In 2010, Ukraine’s justice minister shook up the country’s poker community by declaring that poker was a form of gambling and removed it from the list of recognized national sports. The justice minister reasoned that poker directly conflicted with Ukrainian anti-gambling laws. Poker groups united to fight for their cause taking their case all the way to the Supreme Court. After a review was conducted in 2013, the court’s ruling partially favoured the poker clubs. The courts allowed poker tournaments to take place but not cash games.

This ruling didn’t stop Ukrainians from playing in cash games though. The government began to ignore poker almost entirely while the Ukraine and Russia were tangled in a dispute over the Crimean region. While it remained technically illegal, cash game players were pretty much free to play without any fear of repercussions. Still, online poker companies were unable to operate. Ukraine’s largest site at the time was iPoker and it was forced to shut down operations and leave the country or else it would have faced prosecution.

More Hurdles To Clear Before Legalization

Recognizing poker as a sport in Ukraine is just the beginning in the journey to legalize poker. The poker community realizes that there are more barriers to overcome before poker becomes fully legal. Ukrainian poker fans will have to wait for new legislation to be drafted, approved, and enacted before they can officially celebrate. There are no indications that this will happen any time soon. In fact, it’s not even certain if it will happen at all but poker’s new designation is definitely a good sign.

Poker’s addition to the Register of Recognized Sports came with little fanfare from the government. It was a document that the Ministry of Youth and Sport recently published which made reference to “sport poker” that provided the only real confirmation of poker’s new definition. Most poker players in Ukraine would still be in the dark if it wasn’t for the publication.