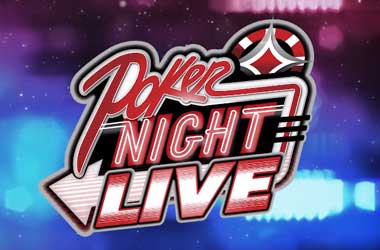 KamaGames has released an overhaul of its Poker Night In America app and announced that three players will be sent on an all-expense paid poker trip to California.

The overhaul of the Poker Night in America app comes as Rush Street Productions debuts the fifth season of Poker Night LIVE on CBS, where celebrities and poker superstars will go on live television to play a fun game of poker. For the first time, Poker Night LIVE is bringing in celebrities from all industries, poker starters and enthusiasts alike to play live on the show.

The show aired its premiere on March 20 and will continue on for 13 weeks, with an episode being aired every Tuesday. The show is using the popular Poker Night In America cash game format, with lower stakes so celebrities can let loose and have fun.

Throughout Poker Night LIVE’s 13-week run, three lucky players from the Poker Night in America app will get a chance to play on TV with the celebrities. The players will be chosen from the app sweepstakes and will receive VIP treatment at The Gardens Casino in Los Angeles, California, where the show is being produced and shot. Entrance to the sweepstakes are automatic, as long as the player plays at least five hands.

It’s only been short of a year since KamaGames partnered with Rush Street Productions for the Poker Night In America app, but the app has already grown its player base tremendously since it shares its player pool with other KamaGames poker apps. Players have the option to play as guests or sign up to keep track of their achievements and game history.

Included in the latest update of the app is the addition of KamaGames’s signature Boost Poker tournaments and Party modes. Current tournaments include the weekly Sit ‘n’ Go and Shootout tournaments where trophies and a spot at the leaderboard awaits the winners.

Todd Anderson, president of Poker Night in America, said that the new additions to the Poker Night In America app have been market-researched and tested by KamaGames to make for an incredible product.

KamaGames have definitely helped make a great product even better. These new app updates reflect our dedication to being the best in the business. We firmly believe that they’ll make playing the Poker Night in America app even more fun for our current audience as well as even more attractive to new players