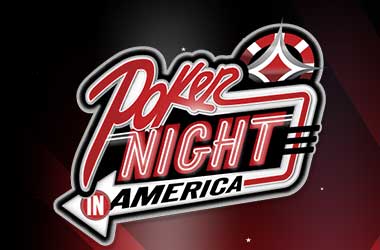 Moskow was a guest on the show in November 2014 at the Rivers Casino located in Pittsburgh where a few episodes were filmed. She has revealed details of her harrowing experience with the production team during this period in a recent post published on her blog.

Dr. Jaclynn Moskow has accused Dalla of thrusting and rubbing his head onto her chest which she said was witnessed by Chris Capra, the U.S. marketing head for 888poker, who is the main sponsor of the show. Moskow has also charged the show’s cameraman of touching her inappropriately during that time.

Moskow has furthermore claimed that the host of the show Chris Hanson made an anti-semitic remarks. Hanson allegedly said that PNIA was a great show because unlike other shows it didn’t have any Jews. Additionally she said that a fellow player Shaun Deeb made a sexist remark, saying that women would never be good poker players since they were too emotional.

Dalla and Deeb have responded on social media saying that they are innocent. Dalla who is currently the Media Director for the World Series of Poker called the accusations ludicrous.

In a statement, Dalla said,

The allegations as I read them are simply not reflective of reality.They do not reflect me or my character. And, they are not representative of my colleagues. I realize that we live in a scandal-plagued society and that ugly allegations makes for daily entertainment

Shaun Deeb has also responded via a tweet saying that the charges were slandering him. Moskow presented evidence in the form of a few text messages during a podcast with Joey Ingram which had been sent to her by an 888poker executive, allegedly Capra who apologized for instigating wild behavior at the bar during the after-party.

Linda Kenney Baden an attorney and poker player has been hired to representing Dalla and Hanson on the issue, although no lawsuit has been filed so far by Moskow.

Moskow has stated that Rush Street Gaming, the parent company of Rush Street Productions which produces PNIA had offered her compensation of upto $20,000 to settle the issue and sign a non-disclosure agreement. She stated that after negotiations she ultimately chose to go public with her charges rather than taking the money.