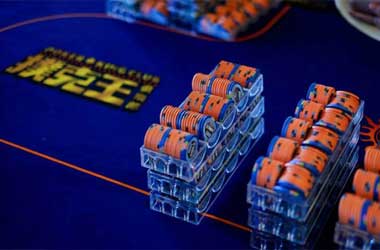 Poker King Club’s poker room located at the Venetian Macao will remain closed in accordance with the guidelines released from the Gaming Inspection and Co-ordination Bureau (DICJ), Macau’s gaming regulator.

Since February 20, casinos in Macau have reopened their doors to the public after being granted permission by the gaming regulator. However, only 29 of the 39 casinos in the world’s gambling capital were able to restart their operations on the specified date.

The 10 remaining casinos have requested more time to make adjustments, after the regulator has put in place special arrangements and restrictions on gaming tables and seating density to minimize the risk of infection associated with the novel coronavirus.

Under the guidelines, the casinos resuming their operations on Feb 21 would only be permitted to offer around 1,800 gaming tables.

This represents a 30 percent reduction of the 6,754 gaming tables currently operated by these casinos. Each table would also allow a maximum of just four people, down from the normal seven, with a minimum space requirement also set between operational tables.

The guidelines were released during a press briefing on Feb 20 led by DICJ director Paulo Martins Chan. The 10 other active casinos are allowed a grace period of up to 30 days before reopening their doors.

Poker King Club released a statement and said their decision to extend the closure has been prompted by the fact that poker is a multi-player, communal style game. The poker promoter also operates two more rooms in Asia Pacific – one is located at the Paradise Grand Jeju Casino in Jeju, South Korea, the other at the Solaire Resort and Casino in Manila, Philippines. The company puts together various events across the region.

The ongoing coronavirus outbreak forced the cancellation and postponement of major poker events in the Asia-Pacific region. Triton Poker was the first to announce its postponing the Jeju leg of its Super High Roller Series due to the epidemic. The tournament was originally scheduled to run from February 10-22.

Last week, the World Poker Tour also decided to cancel all of its events in Asia until May, as they continue to assess the impact of the virus. WPT Vietnam, which was supposed to run on March 13-22 was suspended, while WPT Taiwan was pushed back to mid-May.

The guarantee of the WPT Philippines Main Event had been reduced to Php12 million, down from the original Php20 million, after President Rodrigo Duterte imposed a temporary travel ban on foreign nationals travelling from mainland China, Taiwan, Hong Kong, and Macau. The WSOP meanwhile is continuing to monitor the situation.