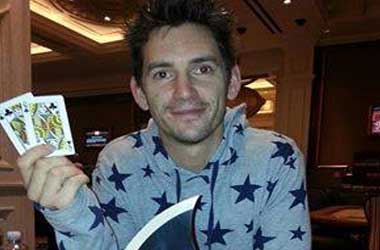 The whereabouts of poker pro Richard Cole from Gloucestershire, England is still unknown and has caused seriously concern in the global poker community.

The UK poker pro went missing 5 days ago from Amsterdam where he was travelling for work and there has been no news since.

Cole last communicated with his girlfriend Alicia Marie who is in Las Vegas.

If you have any information or have seen Richard please contact the police immediatiely or call:

He was travelling from Copenhagen to Assen via Amsterdam and is believed to have been in the Thorbeckepleim area in Amsterdam before he fell of the radar. Cole is reported to have been visiting a couple of bars in the locality and hanging out with his friends before calling his girlfriend.

In a statement, Alicia Marie said,

He had been out with some people he had just met, which is common for Richard as he is very friendly. I just said to be careful, please go home, get a cab. We got off the phone and I texted him a picture of his address to show his cab but it never went through. I imagine that he turned off his phone or his phone died. Throughout the night, when I was at work, I tried to Facetime him and I tried to text him, but nothing went through.

Described as an experienced traveller, the lack of communication is not normal for him, causing worry to his family and friends. His mother said that it was unusual for him to remain without his phone. Cole’s family members have reached Amsterdam to help in the search.

The Dutch police has reviewed CCTV cameras and made inquiries in the area but have found no promising leads, saying that there was “no trace” of Cole after his last call. The Dutch police have promised to conduct a thorough investigation into the disappearance of Cole and keep the family in the loop.

Appeals have been made by both police in the Netherlands and Gloucestershire for any information that could help trace Cole. Flyers with Cole’s description have been put across the city of Amsterdam asking people to come forward in case they have any information.

Cole has been described as white, of slim build with short, with dark-brown hair, around 1m 83cm tall, wearing jeans, shirt and a black Armani or Superdry jacket.

Friends and family have launched a social media campaign to help locate him or any obtain useful information that would lead to his whereabouts. His mother, Debbie Thornhill has set up a Facebook page called ‘Help us find Richard Cole’ to spread the word about the missing poker player.