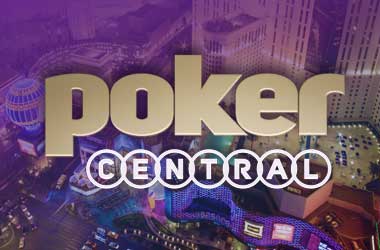 Poker Central is creating quite a buzz in the poker industry by promoting itself as being the only 24/7 Poker TV network in the world that will exclusively cater to the Poker industry. The company continues to build momentum in the global marketplace as it looks to form strategic partnerships before it scheduled launch on the 1st of October 2015.

Poker Central has already teamed up with Pokerstars, the biggest online poker website in the world and will telecast live poker tournaments, player profiles, poker awards, tips and tricks and poker strategies to educate and entertain a growing global poker market.

The company recently announced that it has successfully recruited two industry veterans in Dan Russell And Sid Eshleman who will take on senior leadership roles within the company. Eshleman has joined Poker Central in the capacity of a Chief Distribution Officer and will be in charge of both international and domestic content distribution across social media and traditional distribution platforms.

Russell has taken up a role with Poker Central as the new Senior Vice President of Programming and will play a key role in developing the company’s television schedule, on air promotions, program acquisitions, along with the production and development of all original programming.

In a statement, Clint Stinchcomb, CEO of Poker Central said

Poker Central has joined forces with two of the most experienced and talented executives in the media industry. Poker Central is attracting industry heavy weights because of the robust business opportunity and the potential of this network. Sid and Dan are already in high gear, getting the channel ready for our October 1st debut here in the United States and in multiple regions around the world.

Eshleman has extensive experience working in marketing and distribution sales with a number of leading companies such as AMC networks, Discovery Communications and Turner Broadcasting in Atlanta. He has occupied a number of senior positions with the most recent being a Senior Vice President of Sales & Marketing with Turner Brodcasting.

Russell has spent the last 26 years at Discovering Communications occupying a number of senior positions during this period. He was in charge of launching and developing the programming schedule for rebranded and new channels. He also worked with the Travel Channel who was responsible for telecasting poker episodes of the World Poker Tour and creating strong market interest.