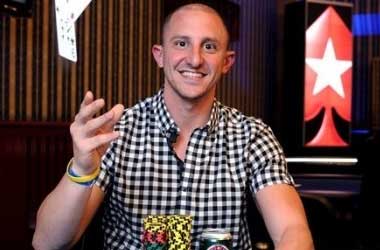 Poker Central, described as the world’s only 24/7 Poker TV network is further adding to its repertoire of original programming. In an announcement made recently, the company said that it has plans to launch a news-oriented show called PrimeTime Poker Report during the month of May.

The PrimeTime Poker Report program will be hosted by Donnie Peters, the Editor-in-chief of PokerNews and will feature the latest poker news, analysis and insights on leading trends and topics of the poker industry. Guests and co-hosts will also join Peters regularly every week to provide a show filled with discussions and gossip revolving around poker. The show will be produced by Farra Productions and be filmed in Las Vegas. The co-producers for the show are Dave Farra and Matt Brown.

“Poker Central is excited to offer PrimeTime Poker Report each week to our growing TV audience of poker enthusiasts around the world. The timely news, information, and commentary provided by Donnie and his team will be an extremely valuable addition to Poker Central’s television lineup.”

Launched less than a year ago, Poker Central telecasts poker shows covering live and repeat telecasts of major poker tournaments. The channel has faced criticism over the fact that it offers very little original programming, showing mainly reruns of old poker tournaments and cash games. Over the past few months, the Poker Central team has worked hard on beefing up its original poker programming and announced a number of new original shows. PrimeTime Poker Report is the latest of these shows.

Co-producer Brown said that he and Farra were long-time players of recreational poker and fans of poker TV programs. He stated they eagerly took up the opportunity to work with the pioneers behind Poker Central and the experts of PokerNews.

Donnie Peters stated that he was very excited by the new project with Poker Central. Peters said that the project has been inspired by the PokerNews Podcast which has proven to be very successful. The new TV show will be designed on the same lines as the podcast and will also feature popular poker personalities who will provide interviews and even co-host the program on occasions.

The PrimeTime Poker Report show premiers on May 18 at 6 pm Pacific time and will thereafter be telecast every Wednesday.