Poker Alliance Confirms Push For Legalization Of US Online Poker

Poker Alliance Confirms Push For Legalization Of US Online Poker 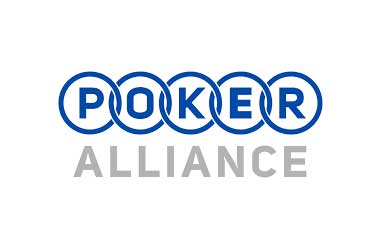 Online poker in the United States has been on the backburner ever since the federal government cracked down on the industry and banned online poker during the infamous Black Friday.

Since then only four states in America have legalized online poker – Nevada, Delaware, New Jersey and recently Pennsylvania.

There are more than 10 states who continue to debate the possibility of legalizing online poker but not a lot of progress has been made. The Poker Players Alliance (PPA) was one of the main campaigners that pushed for the legalization of online poker. The PPA has faced a number of challenges in the last 12 months which resulted in a name change and a leadership change. The PPA now goes by the new name of Poker Alliance and has a new funding strategy.

The new Poker Alliance confirmed that while it has gone through a name change, its central focus will not change and will continue to push for online poker to be made legal throughout America. The name change is interesting as the term ‘Player’ has been dropped on purpose. The former PPA received flak from US poker players who accused the organization of focusing more on the objectives of poker companies and less on poker players. When the PPA called for poker players to donate funds to help it out of a financial crisis, it got a lukewarm response.

The Poker Alliance will now receive funding from poker companies such as Poker Central and will have their objectives in mind as they campaign. However, the Alliance has confirmed that its central push will remain the same.

The former PPA slacked off on its push for online poker legalization in the last 12 months as the organization had to focus on staying afloat. Now that the new Poker Alliance has a different financial model and has corporate sponsors like Poker Central backing it, the Alliance will continue to focus on its campaign.

In a statement written on their About page, the Poker Alliance said

Poker Alliance is an organization dedicated to advancing the sport of poker on behalf of poker players in the United States and around the world. Whether you are playing in a neighbor's backyard, at a casino, or via the internet – we want your game to be safe, legal and fair. We also work with casinos, poker companies, and others to ensure you have a safe, fun, and fair game, whenever and wherever you decide to play