Playing Poker For A Living Is Not Easy Due To Competition

Playing Poker For A Living Is Not Easy Due To Competition March 28, 2018 Adrian Sterne https://top10pokersites.net

Playing Poker For A Living Is Not Easy Due To Competition 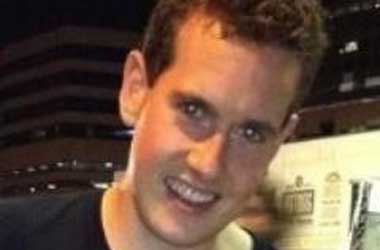 The growth and popularity of the global poker industry has proved to be an attractive proposition for many amateur poker players who dream about becoming a full time poker player and earning large sums of money like some of the greats of the game such as Phil Hellmuth, Daniel Negreanu and Phil Ivey.

Poker players have the option of participating in numerous live poker tournaments that take place all over the world and also playing online poker from the comfort of their home. While it is true that a number of poker players have won significant sums of money playing poker, the majority of poker players find it hard to maintain a consistent winning stream.

Former poker player and software engineer Jeff Meyerson believes that learning to play poker or trying to become a professional poker player at this point of time is not a good investment of time because due to the fierce competition prevalent in the industry, a poker player must be prepared to invest long hours, beat hundreds of players and be on top of the game consistently to even make it to the final table.

Meyerson believes that it was easier to win poker tournaments over a decade ago when the game was a lot less popular and the competition a lot easier.

Poker analysts have stated that learning to play poker increases one skill-set, powers of concentration and business acumen and hence there are a lot of young people who are interested in learning the game of poker and playing it as a hobby because they believe it could help them to prepare for their future career.

Meyerson believes that poker has the ability to teach you a number of lessons but there are also other ways where one can learn faster. In a statement, Meyerson said

Poker is a negative sum game. This provides damaging lessons for anyone looking to develop in the business world. The best businesses today offer win-win scenarios, and the market punishes highly competitive thinking. Today’s business world is one of abundance. Compute power is cheap. It’s easy to raise money. Individuals have leverage which grows at pace with Moore’s Law.