Planet Hollywood Rumoured To Close Its Poker Room On July 11

Planet Hollywood Rumoured To Close Its Poker Room On July 11 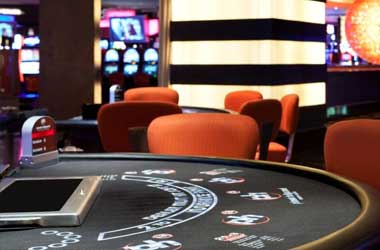 Yet another US poker room is closing for good in Las Vegas, if current rumors hold true. Planet Hollywood’s poker room will permanently shut its doors on July 11, according to some of its employees, though there has been no official statement yet from the company regarding the closure.

Back in 2020, Planet Hollywood was due to host the GOLIATH series from May 28 to July 8, but the COVID-19 pandemic got in the way.

The event, like all other poker festivals scheduled for that year, was put on hold.

The venue initially suggested that the series would be rescheduled, but with the recent developments, it appears the plans have now been thrown into the trash bin.

While we still need to wait for confirmation from Planet Hollywood and its parent company Caesars Entertainment with regards to the permanent closure of the poker room, its inactivity on social media since mid-October 2020 provides hints into the room’s real status.

Vital Vegas, a popular source of news and tips concerning Las Vegas, also tweeted on June 29 that Planet Hollywood’s poker room is indeed closing on July 11, according to a reliable source. One commenter, who identified himself as an employee of the casino confirmed the rumor.

If ongoing speculations are true, then Planet Hollywood will add to the growing list of poker rooms which decided to cease operations in Las Vegas, including those at Mirage, Mandalay Bay, Binion’s, and Excalibur.

Planet Hollywood’s poker room sits next to the establishment’s popular “Pleasure Pit“, a gaming area featuring sexy dealers and dancers. Without any physical barrier separating the poker area from the Pleasure Pit, players are offered a unique experience playing their favorite poker games and tournaments.

The latest major poker festival to be held at the poker room was the World Series of Poker (WSOP) Circuit Planet Hollywood, which took place in 2019. It featured a $1,700 buy-in Main Event which was eventually taken down by Michael Trivett for $215,943 in top prize, alongside a WSOPC ring. The event attracted a total of 778 entrants.

On the same year, the venue also hosted an edition of the GOLIATH series which saw British player Ben Farrell capture the Main Event for $162,400.

The live poker scene in Las Vegas has continued to shrink, with several rooms closing for good. In 2010, the Sin City was home to over 1,000 poker tables. That figure has now dropped to less than 300.