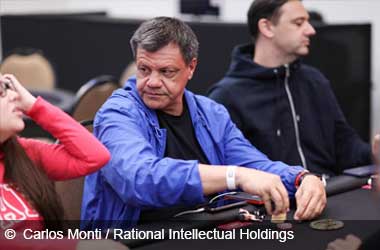 Just about every professional poker player around the world wants to play at the PokerStars Players No-limit Hold’em Championship (PSPC).

The PokerStars sponsored inaugural tournament took place in Jan 2019 in the Bahamas and created history for being the biggest live buy-in tournament in poker history.

Brazilian poker player Paulo Milani is not a professional poker player. He was one of the lucky 320 players who won a coveted platinum pass to the 2019 PSPC. He did not play as well as he would have liked at the PSPC and was eager to know if PokerStars was going to host another edition of the PSPC.

To his delight, he found out that PokerStars not only had plans to host a second edition of the PSPC in 2020 but would also continue the Platinum Pass giveaway. The 2020 PSPC is set to take place in Barcelona, Spain and PokerStars is once again giving away Platinum Passes through specific online and live events and challenges.

Paulo Milani immediately set his sights on getting his second platinum pass and his efforts paid off as he bagged a Platinum Pass yet again and secure a seat for the 2020 PSPC.

The first time around Milani won his Platinum Pass via Brazilian Series of Poker (BSOP) tournament. The second time he entered a Mega Path step satellite and worked his way up to win a pass.

The Mega Path satellite is pretty affordable and starts out with an option Step 1 process which has Mega Path Sit & Go’s starting out at $2. Those who win proceed to Step 2 which is a 3 handed shootout involving 27 players. Stage 3 has a $50 buy-in and the top 15 players make it to Step 4.

Step 4 is where the Platinum Passes are given away. This tournament takes place every Sunday and has a buy-in of $1000. Paulo Milani went through all 4 stages and came out on top to win a Platinum Pass. The Mega Path satellites run on PokerStars and will take place on Oct 13, 20 and 27.