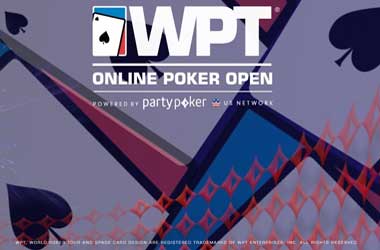 New Jersey poker players are going to have access to another special online poker tournament!

The partypoker US network will play host to the World Poker Tour (WPT) Online Poker Open, featuring 12 events, alongside satellites and phased tournaments on June 21-28.

The festival will run on partypoker US, BetMGM Poker and Borgata Poker.

The online series will culminate in the $400 buy-in Main Event which will take place on June 28, with $300,000 in guaranteed prize money. On top of the prize, the winner of the event will enjoy the following perks: an $11K package including a free seat into the WPT Five Diamond World Poker Classic, VIP WPT experience in Las Vegas, plus a Champion’s Trophy.

Players can take part for a cheaper price by playing in daily qualifiers for as low as $5. A daily satellite will also be running each day throughout the festival which comes with an entry fee of only $45, giving away 10 free seats to the Main Event.

Two NLH events guaranteeing $2K and $15K respectively will both run on June 26, followed by a $2,500 GTD R+A NLH and a $15K GTD Black Chip Bounty on June 27. Wrapping up the festival is the $300K GTD WPT Online Poker Open Main Event and a $2K GTD Red Chip Bounty NLH.

Angelica Hael, VP of Global Tour Management for the WPT said the partnership between the WPT and the partypoker US Network will give online players in New Jersey the opportunity to experience how it feels like to compete in world-class events sponsored by the WPT. The online series marks the first event organized under the WPT-partypoker US Network tie-up.

Ray Stefanelli of the partypoker US Network said providing a safe and secure platform for players has always been their goal, and now they’re aiming to elevate that experience by joining forces with yet another prestigious international poker brand, allowing NJ players to chase for championship glory.