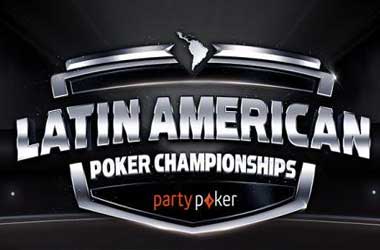 partypoker has given Latin American players a reason to smile by announcing the start of a live tour IN 2018. Starting from February 24 to March 4, partypoker is planning to hold the partypoker Latin American Poker Championships (LAPC) in Uruguay. The LAPC will take place at the popular Conrad Resort, Punta del Este in Uruguay.

This 9 day poker festival comes with a guaranteed $2 million in the prize pool, with $1 million being reserved for the Main Event and $200,000 is guaranteed for the Super High Roller event.

Partypoker is already running online satellites to encourage poker players to be a part of the LAPC. Every week, there will be several $1,500 packages to be won at the partypoker website and the buy-ins to these online satellites start at just one cent.

Poker has taken off in Latin America in a major way in recent years so it's a very exciting time to be playing there. I'm delighted that we are hosting another event in the region, especially somewhere like Punta del Este. I know players are going to love it.

The announcement of a new Latin Poker tour by partypoker continues the brands market resurgence. The online poker operator had a banner year in 2017 and ended up dethroning PokerStars and winning the Online Poker Operator of the Year at the EGR Operator Awards.

There were several reasons why partypoker has once again become a major force in the poker industry. Partypoker made a decision to regain the position it lost prior to Black Friday and decided to re-launch its live tour again, after several years of just partnering with other tournament organizers.

Partypoker MILLIONS events have been a major success for the company. The partypoker MILLIONS schedule for 2018 already features a guaranteed prize pool with a total of more than $100 million for all of its events. MY PP LIVE $$$– the digital currency from partypoker is another innovation that the company has brought about. Players can now use this virtual money earned from online satellite wins to directly apply and register for any partypoker live event including the upcoming LAPC.