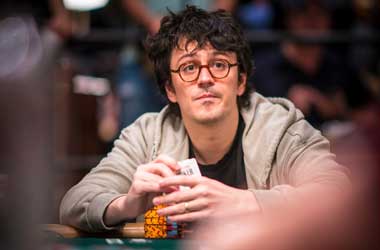 Isaac Haxton is an American poker pro who has made millions playing both live and online poker during the last 10 years. partypoker recently signed Haxton as its latest brand ambassador in January 2018 after Haxton parted ways with Team PokerStars after being with the brand for four years. Haxton decided not to renew his contract with PokerStars due to his displeasure with the changes to the site's VIP rewards programs.

With a lifetime tournament winnings of over $16 million, the 32-year old knows what it takes to be consistent at winning at poker. Haxton is more known for his exploits in online poker and signed with partypoker to help create open and effective communications between the management and players. As one of online poker's most reputable personalities, he's got a lot of credibility with the players.

This move to partypoker has been in the works since the 2017 World Series of Poker. partypoker wanted to bring a team together composed of the top tournament and cash game players. The plan was to have a team of pros who go in to play high roller tournaments on TV and participate in all of the super high-rollers sponsored by partypoker. Haxton was one of the players that the brand approached and he had no problems accepting the deal as he was quite impressed by the company's commitment to growing the game.

Like most veteran poker pro, Haxton admits that the online poker scene has become a lot more competitive in recent years, which has made it harder for players to be consistent at winning online.

Poker AI?? Can They Help Players Hone Their Skills

Haxton believes one of the reason for this is due to the development of artificial intelligence poker bots. A notable example of this was when a poker bot developed by Carnegie Mellon beat a team of poker pros at a game of no-limit heads-up Texas Hold’em.

There have been rumors that a number of players are relying on poker bots to help them play online and gain an edge over the competition. Haxton believes that iGaming operators must do more to weed out the use of AI bots but also admits that poker players from around the world can do more to learn from AI bots and improve their game.

In a statement, Haxton said

I think the power of AI in poker is becoming more apparent in live tournaments as well. Most of the top poker players are studying AI to work on their games at this point. I think that's just going to become truer going forward