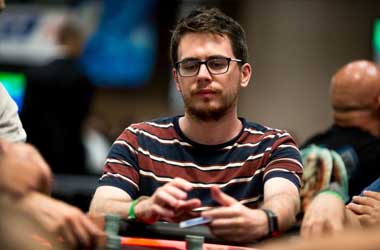 Padraig O’Neill has done it again! The Irish poker pro won the latest Unibet Open Main Event for €52,623 in top prize, becoming the first player to ship back-to-back Main Event wins in the tour’s history. O’Neill’s latest victory is also the fourth in a row for his home country of Ireland.

It was just two months ago when O’Neill took down the Unibet Open €1,100 Main Event which ran as part of the Unibet Open Online Series. The festival concluded on October 12 with the Irishman emerging as the Main Event champion, outlasting a field of 387 entrants.

O’Neill, who went by the alias “John_smith2” at the time, was able to convert his €50 investment into a cool €79,998 in first-place winnings, the largest score of his career.

With Unibet Poker permitting players to change their screen names when competing in tournaments, O’Neill this time opted for the alias “Icarus5“. All the same, the Irish poker pro managed to top a 230-entry field to take home his second Unibet Open Main Event win in a year!

Nine players reached the final table with all but one choosing to be anonymous at the time by playing under screen names. That one finalist who displayed his real name was no other than David Lappin, co-host of the award-winning podcast The Chip Race and who also serves as brand ambassador for Unibet Poker. Lappin finished fourth for €20,218.

Talking about his win, O’Neill acknowledged that luck played a role in his latest victory. The Irishman said he felt “incredibly lucky” to be able to achieve such a feat, describing the experience as “slightly surreal“.

The Main Event ended up with an overlay, which meant those that finished in the money were able to share $8,500 in extra value. The overlay came partly as a result of the short lead time in the announcement of the festival.

O’Neill expressed his gratitude to Unibet Poker for organizing another great festival, and for fostering a great community that gave him positive experiences and helped him improve in his career.