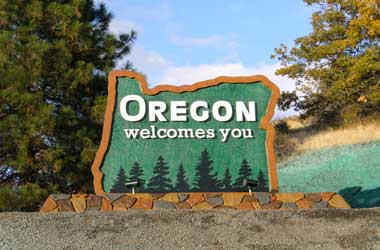 Oregon’s poker rooms have for the moment fended off a legislative challenge that would have resulted in curbing social poker gaming in the state. The anti-poker room bill H 2190 introduced earlier this year sought to make for-profit poker rooms illegal in the state. The bill was approved by the state House of Representatives with 39-16 votes and was expected to be sent forward to the Senate.

Oregon has a modest poker scene concentrated largely around Portland area where several poker rooms are operational. Players are mostly required to pay a small fee for entry but there are no rakes since Oregon’s constitution bars non-tribal casinos. Those acting as dealers are volunteers or one of the players.

The proposed bill would have made these operations completely illegal. Its provisions allowed for only charitable organizations, fraternal clubs and religious organizations to host poker games.

The bill also had provisions restricting the card rooms from collecting a cover fee, which is a critical source of revenue for the rooms and would permit only the sale of food and beverages at such facilities.

However responding to pushback from Senate lawmakers as well as players and cardroom operators, House legislators introduced an amendment last month under which players in a poker room would need to self-deal as in the case of home games. While the relaxation would have saved the industry from shutting down it would still hit revenue significantly.

A surprise reversal in stance has however spared Oregon’s poker rooms for the moment. An advocacy group called ‘Save Oregon Poker’ announced on May 31 that the bill was effectively dead. The group indicated that the bill will no longer be sent onward to Senate for approval.

According to industry observers however, the bill is still an active piece of legislation since it wasn’t voted out but only put aside. Legislative houses will be in session for a month longer but if the bill is not revived, then it will not have any impact this year.

If the legislation is revived at any point, the poker rooms would once again be in danger of significant losses. Cardrooms with dining operations might be able to survive but those without any such facilities might need to revamp their operating model completely.

Portland Meadows is the biggest poker room in the Portland area with 22 tables and charges a daily membership fee of $15.According to Save Oregon Poker, there are around 200 dealers who are in the Portland poker industry as of last year, earning typically $14 an hour.