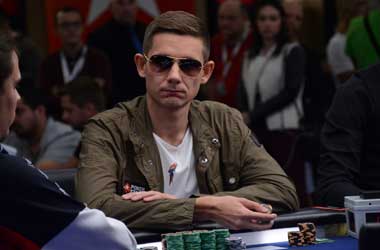 The European Poker Tour (EPT) returned to Barcelona last month and as usual drew in some of the best poker players all over Europe.

EPT Barcelona was held at Casino Barcelona and the tournament lived up to expectations this year with the €5,300 Main Event drawing a field of 1,931 competitors – a new record for the event.

The last player standing was Piotr Nurzynski whose fiancée cheered him on from the rail. Nurzynski and his bride-to-be took two years off so that they could see the world. He ended up qualifying for EPT Barcelona by winning a €250 PokerStars satellite event while he was in South America. Going into the tournament, Nurzynski had only $11,812 in total career prize money.

That number increased dramatically with the addition of the €1,037,109 as he ended up winning the EPT Main Event and turned into a millionaire overnight. He also walked away with a $30,000 Platinum Pass which will get him into January’s much-anticipated PSPC in the Bahamas.

The Road To Victory

Piotr Nurzynski seemed to be in a state of disbelief after he won. He said that he had made a couple of big mistakes which made him think that he wasn’t going to win. When the final six players took their seats in the Salon Gaudi, Most of the €9,365,350 prize pool was still up for grabs along with a pair of Platinum Passes.

After Matthias Tikerpe was knocked out in 6th winning €287,050 and Rodrigo Carmo bowed out in 5th for €354,200, the final four decided to cut a deal but played it out for €180,000, the coveted trophy, and the Platinum Passes. The four players battled it out and in the end it came down to China’s Haoxiang Wang and Nurzynski who is from Poland.

Wang actually had a significant chip lead but Nurzynski doubled up early with his pocket kings taking down Wang’s middle pair and straight draw. Chips went back and forth until Nurzynski took down a big pot with a pair of jacks.

The last hand saw Wang check-call his second pair with an ace-high board. Nurzynski took it down with ace to seal the deal. Wang took home a €1,023,701 and a Platinum Pass. Wang felt an initial sense of disappointment at finishing second but the seven-figure payout and the Platinum Pass was quite a consolation.