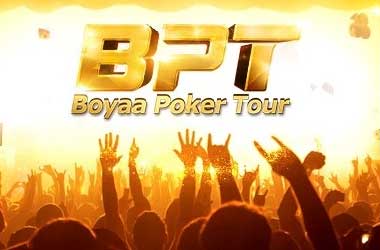 Online trials for the second Boyaa Poker Tour (BPT) has commenced allowing poker players and fans of Boyaa Texas Hold'em Poker to have an opportunity to compete in the BPT International Finals scheduled to be held later this year.

BPT is an international poker tournament conducted by Boyaa Interactive, a leading online game developer and operator. The first BPT was held last year which saw over 2 million players participate for the qualification rounds. The top 300 players who made it through the qualification rounds participated in the Finals held in Macau in September. The main prize was won by Mainland Chinese poker player Mai Jie who bagged the first prize and prize money of $880,000 HKD ($113,456).

The second edition of the tournament will be held this year between Oct 22-24 in the same venue in Macau but will have better prizes and also offer players and even better experience. The 2016 tournament offers a $4 million HKD ($515,000) guaranteed prize pool and will also give players throughout the tournament the opportunity to win 35 billion in game virtual currency.

Organizers have promised that this year’s BPT will offer a range of exciting games with a convenient structure set in a high-quality playing environment. Under the BPT structure, there are five match divisions: Mainland China, Southeast Asia, Hong Kong-Macau- Taiwan, Middle East and Europe – each comprising of numerous countries. The online trial games start on Oct 10 and all players in these countries can participate in them.

Players can access these online trial games via Boyaa’s mobile app in both Android and iOS platforms or through desktops as well. Just like last year, the top 300 players who make it through the qualifying rounds will be able to play in the final held at Macau.

Listed in Hong Kong Exchange, Boyaa Interactive is a leading game developer having developed over 50 online games in 17 languages and is said to have more than 600 million registered users worldwide. The company’s products are currently operational in over 100 countries and regions.