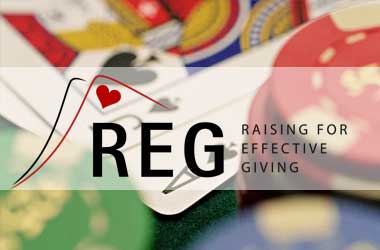 The poker industry has made it a habit to give back to local charities, raise money and support a good cause. Now five online poker pros are teaming up with fund-raising charity organization Raising for Effective Giving (REG) to raise money for seven high-impact charities.

Online poker players whose online handles are Chappolini, FMyLife, ValueH, donthnrmepls and xx23xx have created the Spring Matching Challenge via REG to raise funds for a good cause. The terms of their challenge is that for every dollar donated by others, they will match it up to a total of $300,000.

In a statement, the online pros said,

More and more people are realizing that it makes sense to look at the impact when deciding where to give. With this challenge, we want to nudge people even more to give to high-impact choices. Together we can tackle some of the biggest problems that we’re facing now and going forward

REG Continues To Make A Difference

REG has been a popular choice for professional poker players and financial investors who want to give back to the community, since it was founded by fellow poker pros poker players Liv Boeree and Igor Kurganov. There are a number of members at REG who pledge at least 2 percent of their income to charities regularly, and a number of matching challenges like the Spring Matching Challenge to multiply the donations that people make.

Last December, American poker pro Dan Smith and Daily Fantasy Sports duo Tom and Martin Crowley raised a total of $4.5 million in a charity matching drive to benefit 10 charities. Smith only initially pledged to match up to $175,000, but then the Crowley brothers were quick to join his cause and pledged a total of $1,050,000 just between themselves.