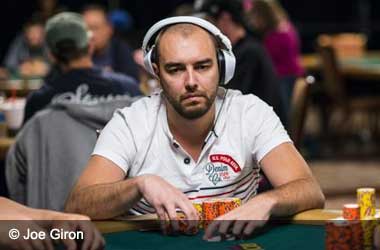 Ognyan “fizoka” Dimov triumphed in the latest edition of the GGPoker Super MILLION$ which took place on August 2.

The Russian poker pro outclassed Ole Schemion heads-up to secure his second win in the popular tournament, along with a top prize of $302,053.

Dimov officially became a Super MILLION$ champ in 2021 when he won a December event for $508,891. Schemion is already a two-time champion and fell short of claiming his third title after battling it out with Dimov.

A few familiar faces were part of the final table, including Dario Sammartino, who, unfortunately, became the first player to bust after losing a coin flip against the eventual winner. The Italian poker pro finished 9th for $41,793.

Brazil’s Marcelo Asensio was eliminated shortly after Sammartino’s exit. He began the day as the short stack and didn’t advance further after he moved all in with queen-ten against the pocket queens of Casimir Seire. Asensio took home $53,515 for finishing 8th.

Next to go was bracelet winner Aleksejs Ponakovs who finished 7th for $68,525 after his ace-ten was defeated by Schemion’s ace-queen. Wiktor Malinowski was gunning for a third Super MILLION$ title but ended up in 6th place after losing a hand against Dimov. He collected $87,745 for his efforts. Mark Radoja then bowed out in 5th place courtesy of Schemion, claiming the night’s first six-figure prize worth $112,355.

Finnish pro Seire, who began the final table as the chip leader, settled for 4th place after losing his pocket sevens to Dimov’s pocket tens. Seire walked away with $143,869 in winnings.

With three players remaining, Juan Dominguez was ahead in chips but his stack eventually dwindled after more than an hour of battling it out with his two opponents. In the end, it was Schemion who knocked him out in 3rd place for $184,221.

When heads-up play began, all eyes were on Schemion and the huge possibility of him shipping his third Super MILLION$ title as he held a huge chip advantage over Dimov. Just when everyone thought the night belonged to Schemion, Dimov came from behind to turn the tide in his favor.

In the final hand, Schemion shoved with queen-six versus Dimov’s jack-six. The latter then flopped a jack to claim his second Super MILLION$ title, with Schemion finishing 2nd for $235,891.