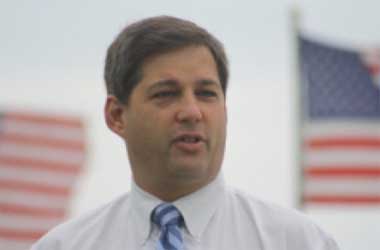 You have to hand it to Bruce Tarr he is trying his hardest to get some form of structure and framework that will allow residents of Massachusetts to be able to gamble online at State licensed and regulated online gambling related sites which would include Poker sites.

With other US States warming significantly to the idea of legalising online gambling sites, and therefore ensuring a steady stream of valuable finances from taxing and licensing such sites online, this US Minority State Senate leader is unfortunately hitting brick wall after brick wall in his attempts to get such a piece of legislation in place.

He has just seen his rather ingenious attempt to get online gambling legalised in the state of Massachusetts fail, and this recent attempt was to get an amendment in place attached to a transportation finance bill, however it was kicked out at the first hurdle.

It is surely only going to be a matter of time before other US States finally get their acts together and realise that online gambling in all its many different forms is not going to go away, and would be an ideal way for these States to ensure their residents have fully licensed and regulated online gaming sites at which to play and therefore ensure their citizens have safe and responsible online gaming sites at which to gamble and also bring in much needed financial streams.

Until some of these US States pull their heads out of the sand then US based poker, bingo and casino game players are going to be at the mercy of unlicensed offshore gambling site operators, many of which have simply vanished into the night with players funds.

It is only going to be a matter of time until a steady stream of US States get a framework in place, and then all US based online gamblers will have plenty of options in regards to where they can gamble online, and many of these sites will of course be owned and operated by major, well know US based Gaming Corporations.