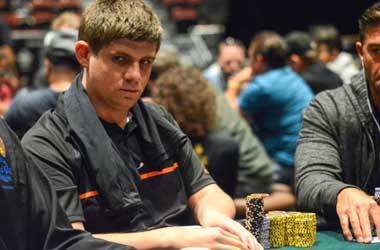 The 15th season of the Heartland Poker Tour (HPT) came to an end last week, with Paul “Walnuts” Bianchi taking down the Main Event for a cool $181,874.

The HPT also gave out another highly-coveted title with the HPT Season XV Player of the Year going to Nick Pupillo.

His determination, passion and hardwork earned him 324.70 points on the HPT Leaderboard, more than 100 points ahead of his closest rival Eric Salazar. Pupillo was awarded with a prize package worth $10,000 which he can use to take part in the next season of HPT.

HPT Marketing Manager Korey Stewart praised Pupillo’s achievements on the felt, saying he is already an accomplished player even before being named HPT’s Player of the Year. Stewart said the American poker pro deserved the honour for all the hard work he had put in throughout.

Pupillo has had an impressive 2019, winning $925,600 in cashes so far. He will want to try to add to those numbers as we are only into the first week of December with a number of top poker tournaments scheduled to take place before the end of the year. The American poker pro can go on to win more than $1 million in a calendar year if he ends up having a good run in December. If he crosses the $1 million mark in 2019, it will be a major milestone in his career.

Pupillo’s HPT Season XV campaign ended with flying colours, with his combined total scores during the season sitting at $330,646. Among his six cashes was a victory in the HPT Golden Gates Colorado where he collected $194,479 as top prize. He followed that up with two more cashes during another edition of the tour which took place in July this year.

Apart from that, he also finished runner-up in St Louis, winning $98,810. He also took home some cash during HPT East Chicago in May and August. Season XVI of the HPT will take place on January 9-20 at Ameristar East Chicago.