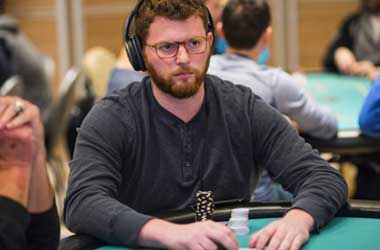 This was the first time in World Series of Poker (WSOP) history that an event had a $100,000 buy-in without the One Drop name associated with it.

This high-roller event attracted some of the top high stake poker players in the world and in the end it was Nick Petrangelo who came out on top to win his second WSOP Gold Bracelet along with $2.9 million in career prize money.

He wasted no time in heading over to the Rio to take part in the 2018 WSOP and bought into the WSOP $100,000 No-Limit Hold'em High Roller event.

However it was Petrangelo who stole the show as he absorbed the pressure well and kept his head to eliminate Elio Fox and win the High Roller event. Petrangelo took home $2,910,227 for his efforts while Fox received $1,798658. British poker pro Aymon Hata finished in third place and took home $1,247,230.

The first time Nick Petrangelo won a WSOP gold bracelet was back in 2015 when he won the $3,000 No-Limit Hold'em Shootout event. Now that he has bagged his second WSOP gold bracelet, Petrangelo is brimming with confidence and is looking to make his mark at the 2018
WSOP.

In a statement, Petrangelo said

You’re trying to figure out what’s going on with the stream, trying to get hole cards, information etc. You have to try and adjust your strategies. Every time you make a final table, there are different dynamics. I think everyone has it a bit tougher on feature tables with media stuff and hole cards and the stream. If I had it my way, every final table would be in the back corner of the room!

This was his biggest cashout till date and he now has over $14.6 million in career prize money.