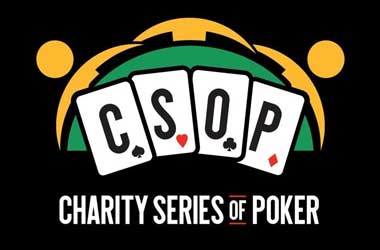 Traditional card games like poker tend to get a bad rap in the press because most people consider it gambling and not a sport. Gambling opponents tend to always highlight the evils associated with gambling and tend to overlook any positive impact that a game like poker can bring.

New York is going to be the beneficiary of a charity poker event as the Charity Series of Poker (CSOP) is heading to the Rivers Casino in Schenectady, New York to host another event which will benefit Habitat for Humanity of Schenectady County, a Christian non-profit housing organization that brings people together to build homes, communities and hope.

The House That Cards Built charity event is set to take place on August 29 and will become the 24th event held by the CSOP as it continues to raise money for great causes around the US. The tournament has a $250 entry fee, with players competing for a grand prize worth $5,000. All proceeds will help the charity in fulfilling its mission to provide safe and affordable homes for families and communities around the country.

The House That Cards Built

The CSOP will give away exciting prizes during the tournament, including $1,000 in cash to both the player with the highest rebuys and the chip leader. There will also be a 50/50 raffle and a silent auction. Tournament players will receive VIP reception and will be served hors d’oeuvres and complimentary cocktails. Non-players can also join the reception by donating $50.

The tournament will take place at the Event Center of the Rivers Casino & Resort Schenectady. It will be open to the public, with the reception starting at 6pm. Poker action kicks off at 8pm, and players will begin with 5,000 chips. They can choose to add an additional 5,000 chips for $100. During the first break, participants will also be given the option to avail of an extra add-on — 10,000 additional tournament chips for $100. The additional proceeds will go directly toward Habitat for Humanity.

CSOP Founder Matt Stout said the upcoming event is a special one for him as his involvement with non-profit organizations all began with Habitat for Humanity. He was given the opportunity to serve as Vice President of Habitat at The College of New Jersey where he also organised a $10 fundraiser tournament. After two years, Stout embarked on a professional poker career, and since then, his main goal has been to use poker as a tool to give back on a large scale.

The CSOP has now helped raise more than $1.4 million to assist Habitat with its mission.